Stop the War on Public Media 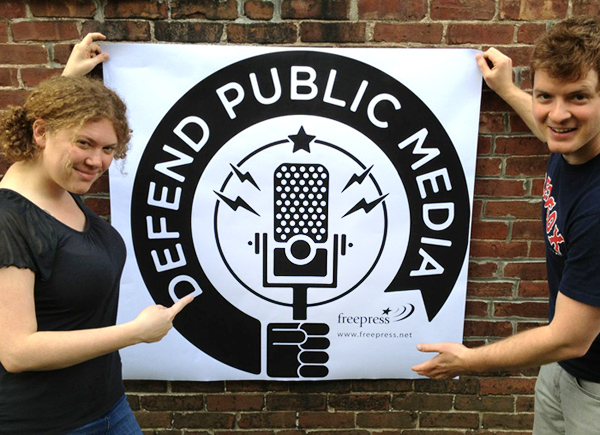 Sen. Jim DeMint and Rep. Doug Lamborn have it in for public media. Over the years, both men have introduced numerous bills and written countless editorials attacking NPR and PBS.

"We face many hard choices ahead," the letter to their colleagues says, "but defunding the Corporation for Public Broadcasting should be one of the easier decisions to make."

Please sign our petition telling Sen. DeMint and Rep. Lamborn that public media supporters are watching and we think enough is enough. We'll deliver your signatures directly to their offices alongside a GIANT banner that says: It's time to defend, not defund, public media.

Here is a timeline of Sen. DeMint’s and Rep. Lamborn’s efforts to kill public media: