See a Deceptive TV Ad? Report it to the FCC! 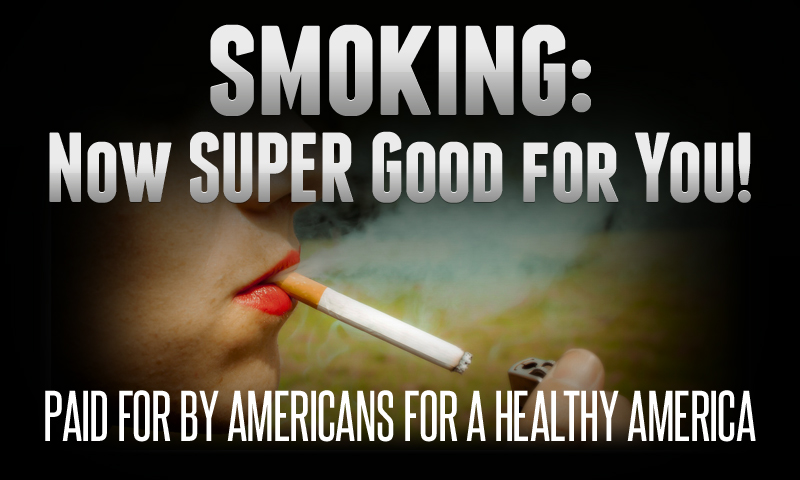 Is your TV inundated with political ads this election season?

Super PACs and third-party organizations will spend hundreds of millions of dollars to air political ads that distort the issues, attack candidates and mislead voters. What these ads don’t do is disclose the names of the moneyed interests that fund these messages.  Instead wealthy corporations and individuals hide behind innocuous-sounding names like Restore Our Future, the Committee for Political Truth and Priorities U.S.A. without revealing their true identities. It’s nearly impossible to tell who’s trying to influence our vote.

It’s time to demand the truth. We need to know exactly who is paying to influence us, and this information should be displayed in the ads themselves. Please consider filing a complaint with the Federal Communications Commission.

While watching Jeopardy I saw an ad from “Americans for a Healthy America” that urged viewers to vote for a ballot measure to let children buy cigarettes. This is a controversial issue, but it was unclear to me who paid for this advertisement. Without proper disclosure I could not tell who paid for this ad, or how credible that advertiser might be.

Big-money donors should not be able to control the political agenda while hiding behind the names of front groups. Tell the FCC that the public won’t stand for deceptive advertising this election season.

Free Press is gathering this information for submission to the Federal Communications Commission’s Consumer & Governmental Affairs Bureau as a Deceptive or Unlawful Advertising and Promotion Complaint.

We are seeking information regarding deceptive advertising and want to know if you have been unable to identify the special interests behind a particular ad.

Specifically we are seeking only information regarding third-party ads — such as those created by PACs, Super PACs and other groups. Please do not use this form to file complaints about ads produced by the candidates’ campaigns. While you may see ads favoring or opposing a candidate, this form is only for logging information at the FCC regarding deceptive advertising and not for logging personal agreement or disagreement with the statements made in the ads themselves.

Free Press is a national, nonpartisan organization working to reform the media. Free Press does not support or oppose any candidate for public office.