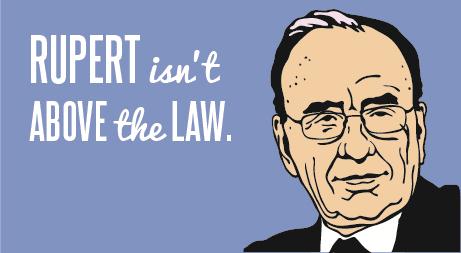 Rupert Murdoch and other News Corporation executives are at the center of a shocking British media scandal that involves spying, bribery, corruption, a corporate cover-up and even murder.

And now there are reports that his company’s alleged criminal behavior – including the hacking of the phones of September 11 victims – has crossed the Atlantic.

For too long, Murdoch has used his enormous media power to get what he wants from Washington and insulate himself and his company from official scrutiny. If he has broken the law, Murdoch needs to be held accountable.

Already, Sens. Jay Rockefeller and Frank Lautenberg have called for an investigation of News Corp. Take action right now to urge your members of Congress to join them and demand an investigation.